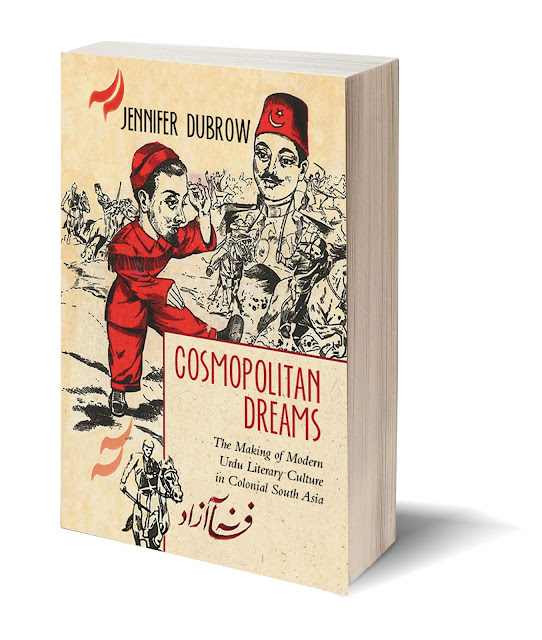 In late-nineteenth-century South Asia, the arrival of print fostered a dynamic and interactive literary culture. There, within the pages of Urdu-language periodicals and newspapers, readers found a public sphere that not only catered to their interests but encouraged their reactions to featured content. Cosmopolitan Dreams brings this culture to light, showing how literature became a site in which modern daily life could be portrayed and satirized, the protocols of modernity challenged, and new futures imagined.

Drawing on never-before-translated Urdu fiction and prose and focusing on the novel and satire, Jennifer Dubrow shows that modern Urdu literature was defined by its practice of self-critique and parody. Urdu writers resisted the cultural models offered by colonialism, creating instead a global community of imagination in which literary models could freely circulate and be readapted, mixed, and drawn upon to develop alternative lines of thinking. Highlighting the participation of readers and writers from diverse social and religious backgrounds, the book reveals an Urdu cosmopolis where lively debates thrived in newspapers, literary journals, and letters to the editor.

Arguing against current understandings of Urdu as an exclusively Muslim language, Dubrow demonstrates that in the late nineteenth century Urdu was a cosmopolitan language spoken by a transregional, transnational community that eschewed identities of religion, caste, and class.
The Urdu cosmopolis pictured here was soon fractured by the forces of nationalism and communalism. Even so, Dubrow establishes the persistence of Urdu cosmopolitanism into the present and shows that Urdu’s strong tradition as a language of secular, critical modernity continues to flourish in film, television, and online.

“Cosmopolitan Dreams plunges us into the rich world of nineteenth-century Urdu journalism, of sketches and dialogues, witty prose, satirical poetry, and serialized novels that happily crossed all kinds of genre boundaries. In lively depictions and often biting characterizations, sharp pens tackled the new conditions, aspirations, and challenges of colonial modernity. Nothing was spared and every kind of sanctimonious or pompous behavior was ridiculed. Urdu readers from all over India responded enthusiastically. Treading knowledgeably but lightly through a vast archive, and alternating between close readings and broader vistas, Cosmopolitan Dreams is a delight to read and will hopefully send readers scouting for those magazines in old libraries and online repositories” Francesca Orsini, SOAS, University of London

“Dubrow judiciously leads us into the Urdu cosmopolis, a fascinating crisscrossing of times, languages, religions, and technologies. Readers will be struck by the brilliant theoretical insights aligned with careful empirical evidence mined from the treasures of periodicals, satires, and novels. This work will certainly inspire us to rethink South Asian language politics, gender, colonialism, and resistance in exciting new ways.”
S. Akbar Hyder, University of Texas at Austin 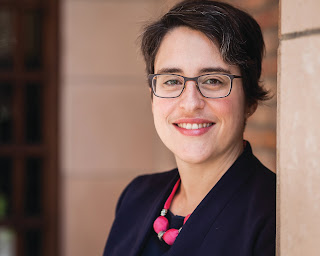 Jennifer Dubrow is assistant professor in the Department of Asian Languages and Literatures at the University of Washington.

The Indian Beginnings of a European Genre

This volume looks at the early Indian novel in a comparative frame, in the light of new conceptual approaches and research. It looks at novels written in various Indian languages as well as English.
This is not a chronological or comprehensive history of the Indian novel, but a book about the connections between the novel in India as an emerging genre in relation to discourses such as political writing, visual culture, popular print genres, law and ethnography.
A wide-ranging examination of the early Indian novel of the kind to be found here has not been attempted before. This volume breaks new ground in the scholarship on the novel both in India and Europe. It will contribute to discussions on cultural modernity, the emergence of public spheres, and the history of expressive resources and literary languages in modern India. 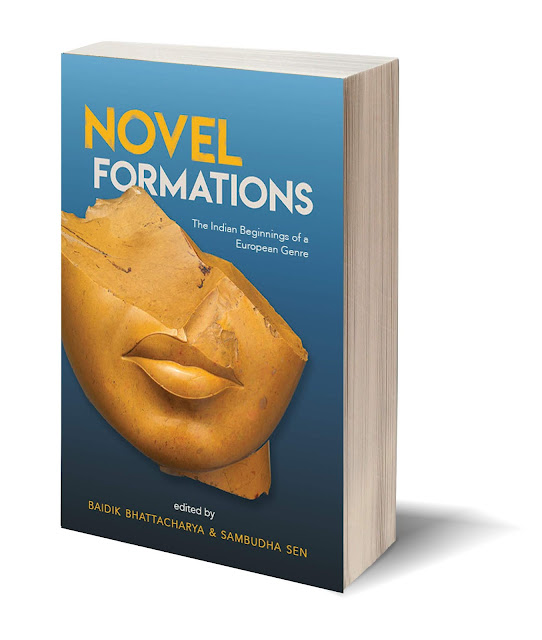 Baidik Bhattacharya is Assistant Professor of English at the University of Delhi. He is the author of Postcolonial Writing in the Era of World Literature: Texts, Territories, Globalizations (2018), and co-editor of The Postcolonial Gramsci (2012). His essays have appeared in Critical Inquiry, New Literary History, Boundary 2, Interventions, and Postcolonial Studies among other places. He serves on the editorial board of the journal Postcolonial Studies.

Sambudha Sen is Professor of English, Shiv Nadar University, Uttar Pradesh. He has published essays on the print and visual culture of Victorian England in Representations, Victorian Studies, English Literary History, and Nineteenth Century Literature. He is the author of Dickens’s Novels in the Age of Improvement (Manohar, 2003), and London: Radical Culture and the Making of the Dickensian Aesthetic (Ohio State University Press, 2013). He is currently researching the ways in which contagion was understood in nineteenth-century England, especially in relation to the poor. He is also beginning a project on the development of English literary prose in India.