THE CASTE QUESTION NEVER FAILS TO CREATE A ROW 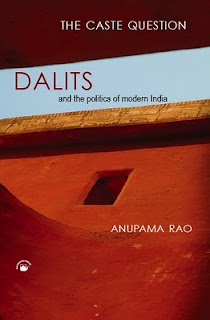 Dalits and the Politics of Modern India

This innovative work of historical anthropology explores how India's Dalits, or ex-untouchables, transformed themselves from stigmatized subjects into citizens. Anupama Rao’s account challenges standard thinking on caste as either a vestige of precolonial society or an artifact of colonial governance. Focusing on western India in the colonial and postcolonial periods, she shines a light on South Asian historiography and on ongoing caste discrimination, to show how persons without rights came to possess them and how Dalit struggles led to the transformation of such terms of colonial liberalism as rights, equality, and personhood. Extending into the present, the ethnographic analyses of The Caste Question reveal the dynamics of an Indian democracy distinguished not by overcoming caste, but by new forms of violence and new means of regulating caste.

“Anupama Rao has written a powerful book on caste, a subject that has dramatic importance not only for the history of democracy in modern India, but for the general discussion on the interferences of social inequalities and cultural exclusions. The Caste Question goes beyond the usual antitheses of localism and globalism, and illustrates a decisive notion of intensive universality. It will be of considerable interest for scholars and students who look for an updated reflection on the anthropological dimensions of the political—and vice versa.”—Etienne Balibar

Posted by PERMANENT BLACK at 18:06 No comments: Links to this post

FROM THE EDITORS, IN RANIKHET Thought-provoking signboard at golf course, Ranikhet
THIS BLOGSPOT HAS BEEN AROUND FOR ABOUT TWO YEARS, and Permanent Black for TEN.
Over these years we've published 300+ books, hardbacks and paperbacks combined. The list speaks for itself, its high quality is internationally recognized.
Permanent Black was recently chosen by the University of California Press at Berkeley, Chicago University Press, and Columbia University Press, to be the South Asia copublisher of their collective new series titled 'South Asia Across Disciplines' (General Editors: Sheldon Pollock, Dipesh Chakrabarty, and Sanjay Subrahmanyam)
Posted by PERMANENT BLACK at 16:38 No comments: Links to this post