THE CASE THAT SHOOK A COUNTRY 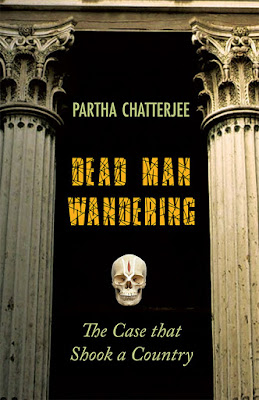 In 1921 a travelling sadhu appeared by a river bund in Dacca. He was there every day. Soon, people began to identify him as none other than the Second Kumar of Bhawal, a young zamindar who had died twelve years earlier.

His wife denounced him as an impostor. His sisters welcomed him back. This resulted in one of the most extraordinary legal cases in Indian history: it held the entire country’s attention for several decades as it unwound in courts from Dacca and Calcutta to London.

This is possibly the most riveting work of history ever written in the Indian subcontinent. Ever since it first appeared, Partha Chatterjee’s A Princely Impostor? (2002), a telling of the notorious “Bhawal Sannyasi Case”—among India’s best-known legal disputes—has been recognized as world-class narrative history in a league of its own.

Chatterjee has written a book as spell-binding as any great Victorian or Russian novel, a story replete with courtroom drama, sexual debauchery, family intrigue, and squandered wealth. Intended for the general reader, Dead Man Wandering is a shortened version of A Princely Impostor. It provides the story without the notes, references, and scholarly digressions of the original.

Partha Chatterjee is professor of anthropology and of Middle Eastern, South Asian, and African Studies at Columbia University; and honorary professor at the Centre for Studies in Social Sciences, Calcutta. His books include The Politics of the Governed and Lineages of Political Society.


Why did autobiographical writings emerge in Kerala more than a century ago? What were the social, material and cultural features that motivated individuals to write personal histories and memoirs? This book shows the complex ways in which private recollections and the use of memory for loosely literary ends, also entailed the production of history by another name. Udaya Kumar analyses this period of social transformation to show the emergence of new resources for the self-relective writer, as well as of new idioms of expression. Among the many genres and forms he studies are anti-caste writings, works advocating spiritual and social reorientation, monologic poetry and early novels in Malayalam. Sree Narayana Guru’s thought, the portrayal of women and desire in Kumaran Asan’s poetry and the fictional worlds created by major novelists of this period (such as O. Chandu Menon and C. V. Raman Pillai), says Udaya Kumar, excited fresh appraisals of morality, personal emotions and shared pasts. The envisioning of caste reform, the recording of historical change and the creation of political identities, he shows are often inextricable aspects of new literary practices. Using Kerala’s cultural history as his entry point, Udaya Kumar has written an uncommonly inspirational book of ideas about the relationship of literature to history, on literature as — in a sense —‘history in person’.

Udaya Kumar is Professor at the Centre for English Studies, Jawaharlal Nehru University. He has been Professor of English at the University of Delhi and of Cultural Studies at the Centre for Studies in Social Sciences, Calcutta. He was Leverhulme Visiting Professor at Newcastle University and Fellow at the Nehru Memorial Museum and Library and at the Indian Institute of Advanced Study. His publications include The Joycean Labyrinth: Repetition, Time and Tradition in 'Ulysses' (Oxford: Clarendon Press, 1991) and papers on contemporary literary and cultural theory and Indian literature. 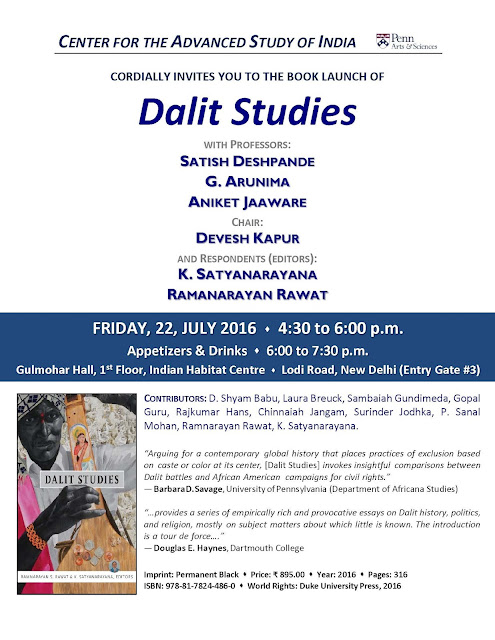 Also at English and Foreign Language University (EFLU), Hyderabad, July 26 2016 in the afternoon -- time to be specified.
Posted by PERMANENT BLACK at 11:52 No comments:

NEW EDITION OF A CLASSIC

and presented Ranajit Guha with the

A Rule of Property for Bengal,

one each by Partha Chatterjee and

“. . . a pioneering work on the intellectual origins

of [the Permanent Settlement]”—Holden Furber (1964) 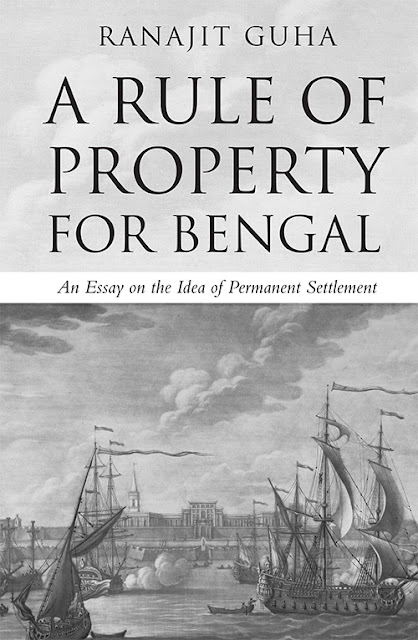 This third, attractively re-set, edition of a seminal work that has been in print since 1963 includes two new essays by Partha Chatterjee and Rudrangshu Mukherjee. Together, they position this book within Indian historiography and reveal precisely why it remains indispensable for anyone involved in thinking seriously about colonial rule and the making of modern South Asia.

The infamous Permanent Settlement of Bengal in the eighteenth century was the most disputed step in the agrarian field ever taken in India under British rule. Why did it happen? Written with uncommon elegance, Ranajit Guha’s classic study—a pioneering work in Indian intellectual history—provides the answers by looking at the ideas and thinking of the policy-makers who radically changed the way in which India was taxed and ruled.
Guha considers why European ideas about capitalism in farming and methods of revenue collection were thrust upon a colonial society. He shows that British administrators such as Lord Cornwallis and Philip Francis were far more considerably influenced by the French Physiocrats than by Indian conditions on the ground. He elaborates on the philosophical antecedents of the Settlement in the works of Alexander Dow, Henry Pattullo, and Philip Francis, outlining the contradictions between their views and those of Warren Hastings.
PB | Rs 595
Posted by PERMANENT BLACK at 15:26 No comments: 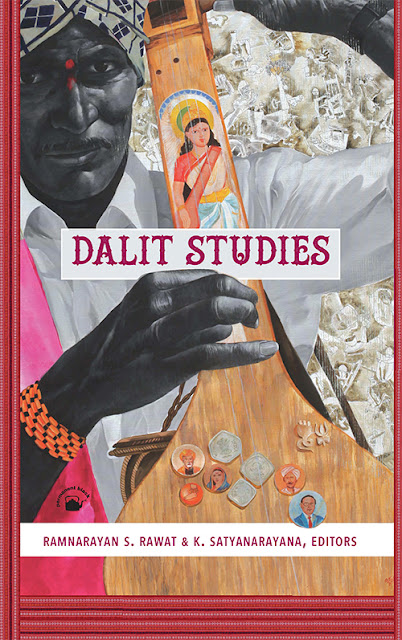 The contributors to this major intervention into Indian historiography trace the strategies through which Dalits have been marginalized as well as the ways Dalit intellectuals and leaders have shaped emancipatory politics in modern India.
Moving beyond the anticolonialism/nationalism binary that dominates the study of India, the contributors assess the benefits of colonial modernity and place humiliation, dignity, and spatial exclusion at the center of Indian historiography. Several essays discuss the ways Dalits used the colonial courts and legislature to gain minority rights in the early twentieth century, while others highlight Dalit activism in social and religious spheres.
The contributors also examine the struggle of contemporary middle-class Dalits to reconcile their caste and class, intercaste tensions among Sikhs, and the efforts by Dalit writers to challenge dominant constructions of secular and class-based citizenship while emphasizing the ongoing destructiveness of caste identity.
In recovering the long history of Dalit struggles against caste violence, exclusion, and discrimination, Dalit Studies outlines a new agenda for the study of India, enabling a significant reconsideration of many of the Indian academy's core assumptions.
Ramnarayan S. Rawat is Associate Professor of History at the University of Delaware and the author of Reconsidering Untouchability: Chamars and Dalit History in North India.
K. Satyanarayana is Associate Professor of Cultural Studies at EFL University, Hyderabad, and the coeditor of two collections of Dalit writing from South India: From those Stubs, Steel Nibs Are Sprouting and No Alphabet in Sight.

The religion of Gandhi: A Conversation about Satyagraha