The Making of Indian Literature

The Writer of Modern Life

Three scholars on the making of Indian literature 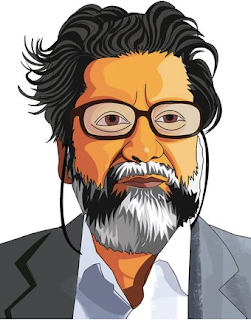 "Modern writers and artists in India—and in other postcolonial countries—have always had to contend with the politics of cultural exchange between the colonised and the coloniser. When the Bengali critic Dineshchandra Sen, in a letter to the British historian EP Thompson, referred to Rabindranath Tagore as “a European writer of Bengali,” he was articulating a grievance against all cultural renegades. Yet far from being a failing on the part of the postcolonial writer or artist, the urge to cross over is essential to modernity. The scholar Rosinka Chaudhuri, in her 2014 book The Literary Thing—a fascinating study of the beginnings of modern poetry in Bengal—employs an interesting phrase to describe the phenomenon: “creative cross-contamination.” Let there be no doubt: the spirit of modernity is confused, many-hued, contaminated. 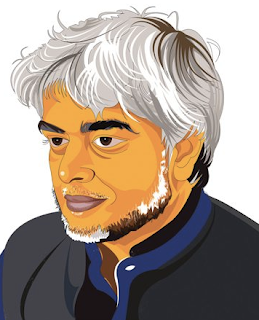 How that spirit manifested itself during the nineteenth century in the literary arenas of two of our richest languages—Bengali and Malayalam—is the subject of three recent books on Indian literary history: along with Chaudhuri’s The Literary Thing, Sudipta Kaviraj’s The Invention of Private Life and Udaya Kumar’s Writing the First Person.

“MOST OF INDIAN CRITICAL TALENT has been wasted,” wrote the linguist GN Devy in his well-known 1992 polemic After Amnesia, “in pursuit of theory, much of which has been totally irrelevant to literature in India.” After Amnesia was an attempt to shake up the field of literary studies in this country. Devy’s main allegation against students and professors of vernacular literature was that they were borrowing Western models of analysis that had little relevance in the Indian context, and that they had, on top of that, forgotten their real bhasha heritage.

The interest of Indian literature—“Indian” here being a convenient shorthand for a complex body of work composed in close to a hundred languages—lies in the multiplicity of its histories and sub-traditions. The worst we can do while trying to make sense of this complexity, Devy argues, is to break it down by adopting the “theoretical” approach peddled in India by the coloniser with a view to civilising the natives. English education was exported to the colonies as an instrument of asserting political power. Courses on English literature, for instance, were being taught in India at a time when even British universities had yet to offer them. So, Devy writes, “English became a basic theme in the Imperial enterprise.” This created a demand for critical works and theoretical studies about English literature in the colonies, and produced modern Indian critics reared on literary theories that belonged, in Devy’s view, to an alien culture.

Devy’s uneasy, almost wounded, tone is reminiscent of that of certain nineteenth-century critics from Bengal, and elsewhere in India, who made very similar arguments against paschatyabhav, or Western sensibility. Bengali intellectuals such as Budhev Mukhopadhyay and Dineshchandra Sen, while themselves well versed in Western ideas and languages, remained critical of all bijatiya, or foreign, influence. Many of these critics were champions of vernacular languages. As the editor and essayist Ramananda Chatterjee once wrote, “A foreign literature and foreign tongue, as English is, cannot serve as the medium through which we may know one another and interchange our deepest thoughts and feelings.”

Read the rest of the essay here, in The Caravan.

Posted by PERMANENT BLACK at 15:56 No comments: Links to this post

ARMY AND NATION in the news 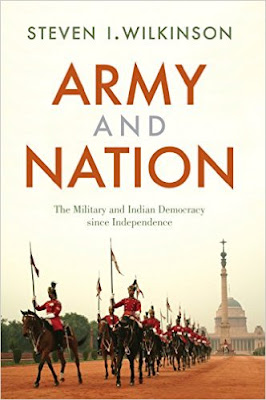 ISLAMABAD - The gathering of senior army officers of Rawalpindi Garrison sat alert in the General Headquarters auditorium and listened to their chief intently. It was the last week of December and Gen Qamar Javed Bajwa, the army chief, had been into the top job just weeks earlier. The general delivered his first speech – an articulation of his vision – as the new army chief in a poised manner and communicated it to his officers in unequivocal terms. The army has no business trying to run the government, the general said. The army must remain within its constitutionally defined role, he stressed. Gen Bajwa also alluded that an impression of a competition between the civilians and the military is counter-productive for the country. And, apart from other professional advice, he urged officers to read a book “Army and Nation”, written by Steven I Wilkinson.

The almost 300-page book makes for an interesting reading as it details why the democratic process in India has been a success. Wilkinson, a professor of Political Science and International Relations at Yale University, explores the command and control strategies, the careful ethnic balancing and political, foreign policy and strategic decisions that made the army not to interfere in Indian democracy...

Read the rest of the report here in The Nation.

Read a review of the book here in The Indian Express

Posted by PERMANENT BLACK at 18:48 No comments: Links to this post