ROMILA THAPAR, whose monograph, THE PAST BEFORE US, was published last year by Permanent Black (and copublished by Harvard University Press), will be eighty-three on 30 November 2014.

We are happy to announce that her book has recently been made available in paperback.

While wishing her Many Happy Returns of the Day and many more productive years as historian and activist, we'd like to show thousands of her admirers across the world two extremely rare pictures. Neither of these photos has ever been made public, and Permanent Black is privileged in having been allowed permission by Professor Thapar to show them on its blog.

The first, showing Romila Thapar chairing a talk by Bertrand Russell, dates to 1955 in London. The second, showing her chatting with J.K. Rowling, dates to fifty years later, when it so happened that the University of Edinburgh bestowed an honorary doctorate each on one woman who made her name by arriving at conclusions from potsherds, and another who created a Potter.

Professor Thapar was at pains to say that these photos should not suggest close friendship with either Russell or Rowling: she happened to interact with them and enjoyed the occasions very much. She says with a laugh that J.K. Rowling very sweetly apologised to her when they met at the convocation, saying she had not read any of Professor Thapar's books. Upon which Professor Thapar smiled and said something like, "Well that's a relief! Because I've read none of yours!" 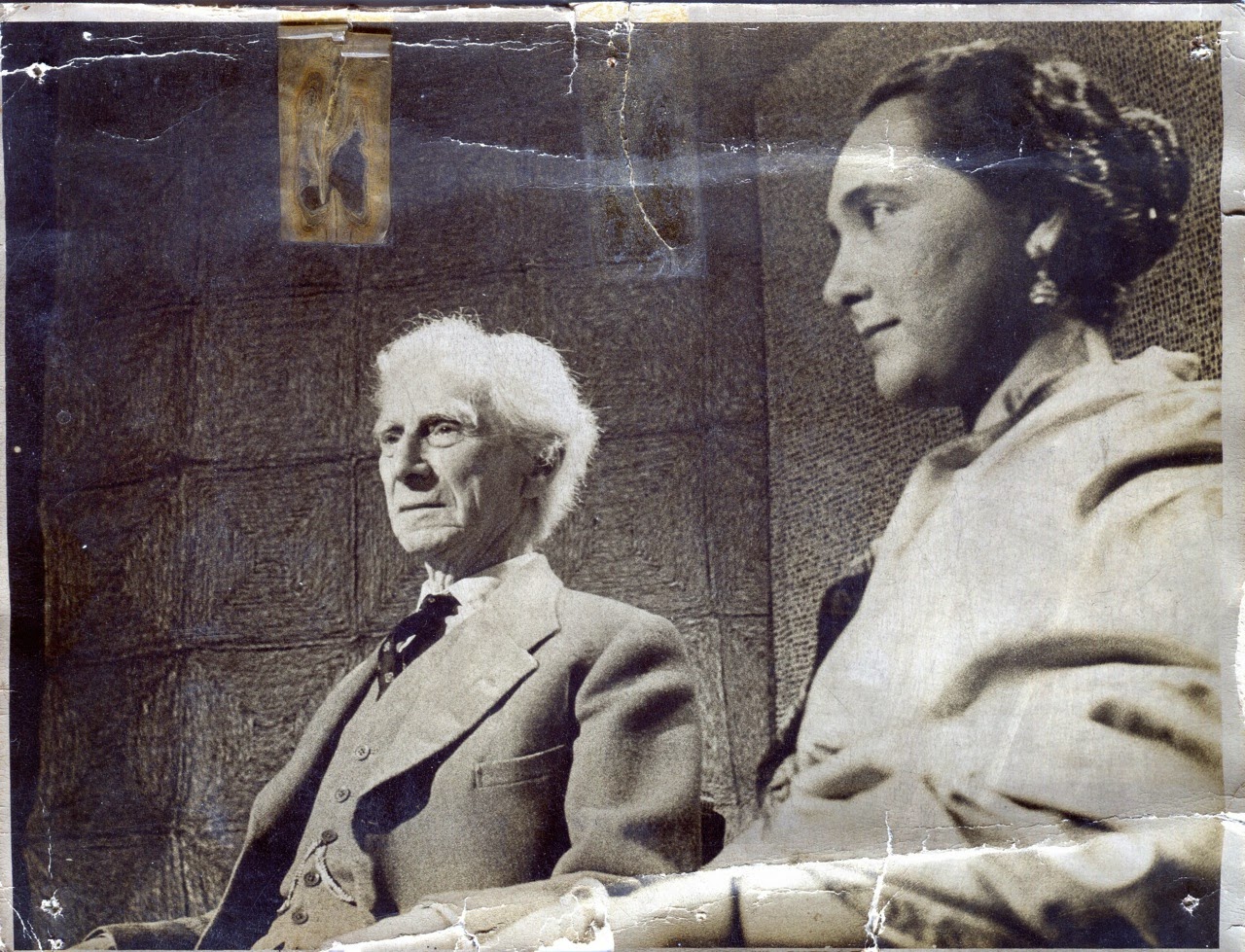 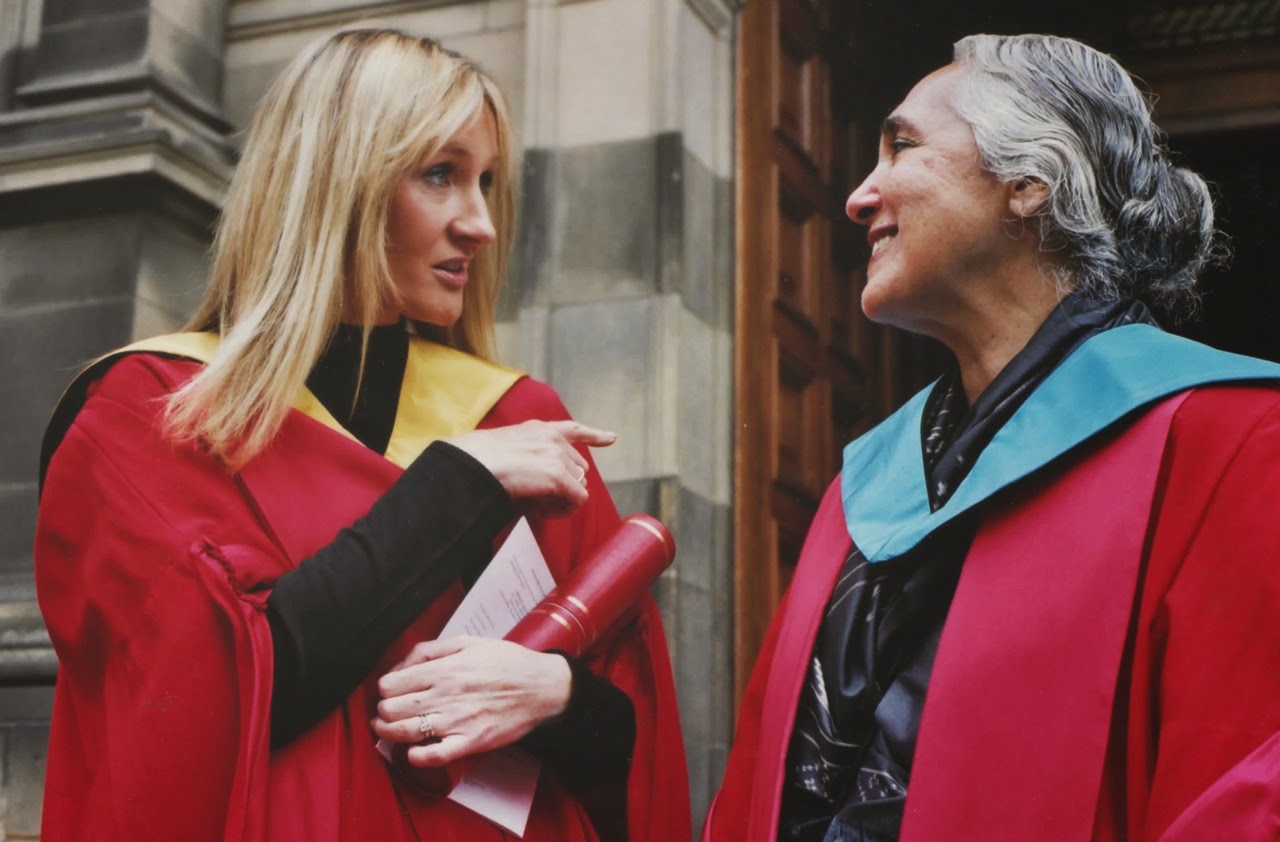 Posted by PERMANENT BLACK at 08:54 No comments: Links to this post