Out soon in paperback: WRITING THE FIRST PERSON

May 28, 2017
"… written in lucid prose, Kumar’s rich cultural history is an important addition not only to Kerala Studies but to South Asian Studies at large" 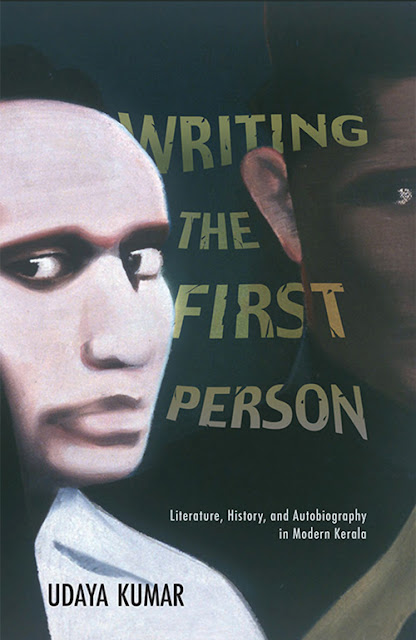 Out now in paperback


Why did autobiographical writings emerge in Kerala more than a century ago? What were the social, material, and cultural features that motivated individuals to write  personal histories and memoirs? This book shows the complex ways in which private recollections, and the use of memory for loosely literary ends, also entailed the production of history by another name.

Udaya Kumar analyses this period of social transformation to show the emergence of new resources for the self-relective writer, as well as of new idioms of expression. Among the many genres and forms he studies are anti-caste writings, works advocating spiritual and social reorientation, monologic poetry, and early novels in Malayalam.

Sree Narayana Guru’s thought, the portrayal of women and desire in Kumaran Asan’s poetry, and the fictional worlds created by major novelists of this period (such as O. Chandu Menon and C.V. Raman Pillai), says Udaya Kumar, excited fresh appraisals of morality, personal emotions, and shared pasts. The envisioning of caste reform, the recording of historical change, and the creation of political identities, he shows, are often inextricable aspects of new literary practices.

Using Kerala’s cultural history as his entry point, Udaya Kumar has written an uncommonly inspirational book of ideas about the relationship of literature to history, on literature as—in a sense—‘history in person’.


Udaya Kumar is Professor at the Centre for English Studies, Jawaharlal Nehru University. He has been Professor of English at the University of Delhi and of Cultural Studies at the Centre for Studies in Social Sciences, Calcutta. He was Leverhulme Visiting Professor at Newcastle University, and Fellow at the Nehru Memorial Museum and Library, and at the Indian Institute of Advanced Study. His publications include The Joycean Labyrinth: Repetition, Time and Tradition in 'Ulysses' (Oxford: Clarendon Press, 1991), and papers on contemporary literary and cultural theory and Indian literature.