The Arvind Krishna Mehrotra interview | 'There’s a lack of historicity in way we think, talk, write about Indian literature'

In The Book of Indian Essays: Two Hundred Years of Indian Prose, Mehrotra collects some of the best Indian essays of all time — including works by old favourites like GV Desani, RK Narayan, Nissim Ezekiel and Shama Futehally, all the way up to contemporary luminaries like Pankaj Mishra and Amitav Ghosh. 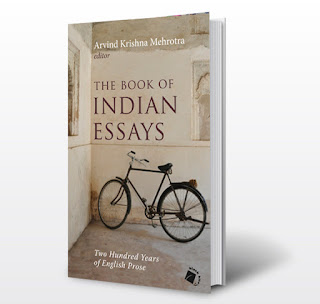 Your introductory essay ‘When the Gas Cylinder Comes’ talks about Indian ‘little magazines’ with a great deal of affection, acknowledging the role that they played in nurturing literature. During your teens you published one such magazine, damn you, along with your friends Amit Rai and Alok Rai. In the book Partial Recall, you characterise this phase as one of discovery, wherein you were exploring different literary universes, “trying to inhabit each as my native place”. Could you tell us a bit more about what that line meant to you?

Amit and Alok were Amrit Rai’s sons, Premchand’s grandsons. We were neighbours and Amrit Rai’s publishing house, Hans Prakashan, bought out Premchand’s books. At home, the atmosphere was culturally eclectic and literature was almost a way of life. But at the same time, in 1964, the idea of an Indian literature in English was in its infancy. Where was a sense of tradition going to come from? It wasn’t going to come from Sri Aurobindo and it wasn’t going to come from Sarojini Naidu. Hindi, a relatively new language, had poets like Nirala and Muktibodh. But we [English writers] had to look towards Europe and the United States to discover traditions to which we could belong without quite belonging to them. We read the Beats, people like Corso and Ginsberg, and felt closer to the language they used, the spoken idiom, than to anything that we saw around us.

‘When the Gas Cylinder Comes’ takes its name from a phrase used by Shama Futehally in the 1970s, to describe her search for Indian English writers who were in touch with the texture of lived reality in the country, who wrote in an approachable register (“writers who would be out when the gas cylinder comes”). It is a quintessentially middle-class image, and yet, it’s not restricted by that, is it? I remember when my mother would send me out for the cylinder I’d see richer people sending their domestic workers (and not their kids).

As you say, it is an image a lot of us can associate with, whichever part of the country we may be from. It makes literature “approachable”. I also linked this image to the Anita Desai essay in the book, ‘A Secret Connivance’. She writes that truth is “often ordinary, commonplace, colourless and dull”. In the 1960s and 1970s, if you wrote in English, finding Indian writers who sounded like regular people was a problem. The poets felt it, the fiction writers felt it. Who are we writing for, they’d ask themselves, as Shama did. VS Naipaul or Kamala Markandaya would obviously not have awaited the arrival of the cooking gas cylinder van as anxiously as we did and still do.


Read the rest of the interview here in First Post