A foretaste of HARJOT OBEROI's second book, WHEN DOES HISTORY BEGIN?

THERE AREN'T TOO MANY HISTORIANS who write such a fine first book that the recovery time needed to write the second is twenty-five or more years. Harjot Oberoi's The Construction of Religious Boundaries (1993), won the Best First Book Prize of the American Academy of Religion and the Killam Prize, the highest research prize of the University of British Columbia. His book was widely recognised as pathbreaking for Sikh Studies in the way that, a generation earlier, Hew McLeod's pioneering work had been.

Thereafter, however, Oberoi was (as is well known) besieged by problems: the orthodox did not merely disagree with the argument of his book -- that modern Sikhism had been constructed from a fluid variety of identities in the Punjab region by the Khalsa Panth over a relatively short period in the eighteenth century -- they also threatened to silence him for marshalling the evidence for such an argument. And they sought actively to terminate his professorship at the University of British Columbia in Vancouver.

It was the classic case of, on the one hand, a historian of religion unearthing historical roots and the social processes by which doctrines and communities coalesce into a clearer and more distinctive shape, and on the other ardent believers, upholders of the faith, apostolic elites, vested interests, and fanatical fringes determined to keep the sanctity of the Word of God free of forensic examination. The Hindutva opposition to A.K. Ramanujan for "Three Hundred Ramayanas" and the Shiv Sena hostility to James Laine on Shivaji were foreshadowed by the uproar over Harjot Oberoi's book in the mid 1990s. Oberoi had to remain steadfast, stick to his guns, and keep a low profile. Backed up by the university fraternity and friends, as well as by the University of Chicago Press who refused to buckle and discontinue his book, he rode out the storm. No wonder it has taken an unusually long time for Oberoi to strike out with a second book, and within roughly the same fraught field.

Harjot Oberoi's second book, provisionally titled WHEN DOES HISTORY BEGIN? RELIGION, IDENTITY, AND NARRATIVE IN THE SIKH TRADITION will be published by Permanent Black in 2021. Read an extract from it in Scroll, "Gurudwara Rakab Ganj, which PM Modi visited, sparked an anti-government agitation 100 years ago", to see its relevance in the politics of the present. 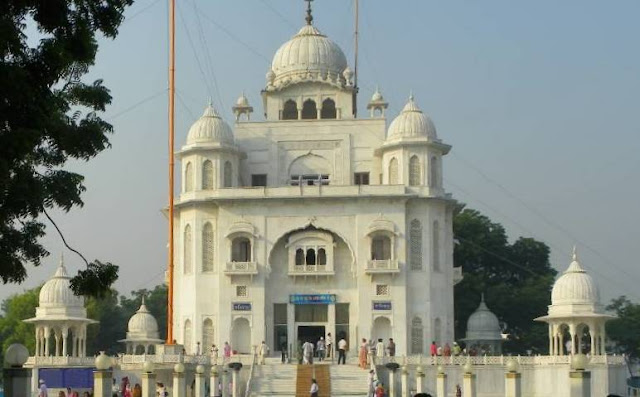 Permanent Black asked Oberoi for any reflections he might like blogged in connection with his work. He sent us these:

I'd say that I was among the early lot of historians from the subcontinent who took the category and discourse of religion seriously. This goes back to the late 1970s. It was a time when, generally speaking, the leading historians were preoccupied with peasant resistance and strategic cycles of Indian nationalism. Here, economic history too occupied centre stage, but not religion. The famous debates in the pages of the IESHR and other such scholarly Indian journals were devoted to questions of colonial economy and what existed in India before the Raj . . .

Perhaps because of the horrors of Partition and India's secular departures, no one really wanted to look all that closely at religious consciousness. Also, the Orientalists like William Jones and Max Müller had been so obsessed with religion that postcolonial thinkers swung the pendulum the other way and an amnesia seemed to have taken hold in relation to religion. But this made it hard to understand things like riots and pogroms. They were explained away as legacies of false consciousness and socioeconomic deprivation.

However, some of the Western historians of the subcontinent in the postcolonial period continued to take an interest in religion. I think the prominent names here are Robert Frykenberg on Christianity in South India; Richard Eaton on Islam and Sufism; Kenneth Jones on the Arya Samaj; and my own PhD supervisor J.T.F. Jordens on Dayananda. And then there is W.H. McLeod on Sikhism.

. . . Some of these scholars were sensitive to religion because of their missionary backgrounds: Jordens was an ex- Jesuit, Frykenberg's family, if I recollect right, were part of the American missionary enclave. My point here is that Indian scholarship in the post-independence period should have stayed connected to understandings of religion, but the opportunity was missed. And this is rather ironic because of Gandhi's deep interest in questions of faith and religion . . .

Oberoi's book has just been edited. It will appear mid 2021. The facets of Sikh history and religion the author unearths, and the care and complexity with which he lays out his findings, will make his book seem worth the wait.