A few weeks before he passed away, Eric Hobsbawm

and his wife invited Romila Thapar to the historian’s 95th birthday party in London. John Williams played the guitar. The gathered companions drank to the great man’s health. He was convivial and had all his wits about him—as seems evident in the pictures below. A century seemed possible ...
In her obituary below, Romila Thapar recounts what Hobsbawm’s work meant to her, and its intellectual legacy more broadly. 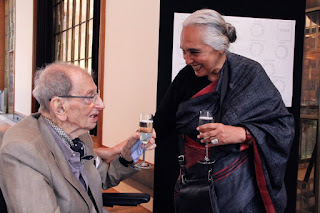 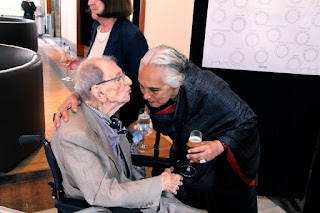 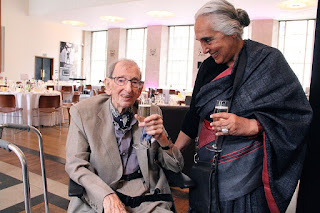 THIS OBITUARY WAS FIRST PUBLISHED IN THE EPW OF 17 NOVEMBER 2012.