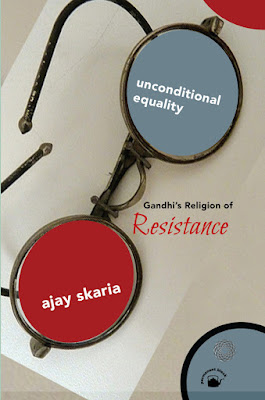 “The field of Gandhi-studies has taken off in refreshing ways in the last decade or so. Ajay Skaria's book offers the most important recent historico-critical reading of — and commentary on — Gandhi’s major text, Hind Swaraj, and some other related writings by the Mahatma. He cleaves closely to Gandhi’s words, comparing Gujarati originals with their English translations while engaging, simultaneously, several noted commentators on Gandhi as well as liberal, communitarian, and deconstructive traditions of thought. Not everybody will agree with every conclusion of Skaria’s, but no one interested in the Mahatma will be able to ignore this book.”
Dipesh Chakrabarty, University of Chicago

“Unconditional Equality spells out nothing short of a total revaluation of Gandhi's political thought, systematic, comprehensive, and authoritative. Ajay Skaria brings a depth of understanding to the material that will be hard to duplicate. This is a tour de force.”
Mrinalini Sinha, University of Michigan

Sometimes working against the grain of Gandhi’s explicit formulations, this book reconceives satyagraha (passive resistance) as a politics that strives for the absolute equality of all beings. Liberal traditions usually affirm an abstract equality. For Gandhi such equality is an “equality of [the] sword”—because it excludes those presumed to lack reason (such as animals or the colonized), but also because those included lose the power to love.

Gandhi professes instead a politics organized around dharma, or religion. For him, there can be “no politics without religion.” This involves
self-surrender, a freely offered surrender of autonomy and everyday sovereignty. For Gandhi, the “religion that stays in all religions” is satyagraha.

Ajay Skaria argues that, conceptually, satyagraha insists on equality without exception of all humans, animals, and things. 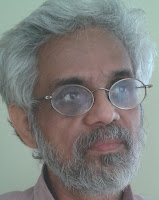 AJAY SKARIA is Professor of History at the University of Minnesota. He is the author of Hybrid Histories: Forests, Frontiers, and Wildness in Western India and co-editor of Subaltern Studies XII: Muslims, Dalits, and the Fabrications of History.