Finally Arriving and Soon to be Seen: The Siberian Crane of Indian Political Analysis 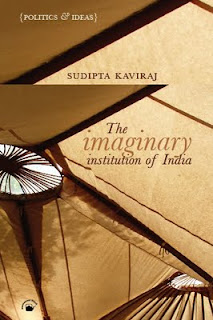 The Imaginary Institution of India


Sudipta Kaviraj has long been recognized as among India’s most thoughtful and wide-ranging political thinkers and analysts, and one of the subtlest and most learned writers on Indian politics in recent times. Paradoxically, this has remained something of a state secret, because Kaviraj’s writings on these subjects have remained scattered in learned journals, many of which remain difficult to access. So the present volume fills a most important gap in the literature on politics and political thought in South Asia.

Among Kaviraj’s many strengths is his quite exceptional ability to position Indian politics within the frameworks of political philosophy in the West alongside perspectives from Indian history and indigenous political thought. The writings collected here range over a wide terrain, including studies of the peculiar nature of Indian democracy; the specificities of the regimes of Jawaharlal Nehru and Indira Gandhi; political culture in Independent India; the construction of colonial power; the relationship between state, society, and discourse in India; the structure of nationalist discourse; language and identity formation in Indian contexts; the relation of development with democracy and democratic functioning; and the interface of religion, politics, and modernity in South Asia.

This volume will be indispensable for every student and scholar of South Asian politics, history, and sociology.