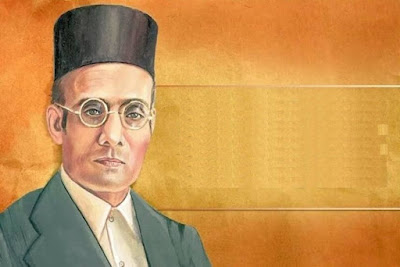 Vinayak Chaturvedi's Hindutva and Violence: V.D. Savarkar and the Politics of History will be published in 2022 by Permanent Black and Ashoka University, and subsequently by the State University of New York Press. Here is a taster, out now in Scroll.

Accusations of Hinduphobia in those who do not see eye-to-eye with Hindutva have reached new heights in recent years. An obscure 19th-century concept is now the default mantra for Hindutva-vadis against all critiques of their ideas.

The recent furore against the upcoming conference called “Dismantling Global Hindutva” (September 10-September 12) has made me wonder whether, ironically, these same individuals might also – if they had the patience and capacity to read his large corpus of writing – need to identify Vinayak Damodar Savarkar as Hinduphobic.

After all, a basic truth made clear in Savarkar’s writing is that Hindutva is not Hinduism. They are not equivalents. In fact, you do not have to read Savarkar all that carefully to see the clarity with which he argued that Hindus should consider “abandoning” the concept of Hinduism as part of their lexicon.

One does not need to search deep into his oeuvre to discover Savarkar’s distinction between Hindutva and Hinduism. In Essentials of Hindutva, published in 1923, he begins by clarifying that “Hinduism is only a derivative, a fraction, a part of Hindutva”. He declared Hinduism as one of the many “isms” that had plagued modernity, by calling it a “spiritual or religious dogma or system”.

He not only argued that Hinduism was inferior in comparison to Hindutva, he also stated that it was “more limited, less satisfactory and essentially a sectarian term”.

Read the rest of the article here.