Just out: Muzaffar Alam's THE MUGHALS AND THE SUFIS 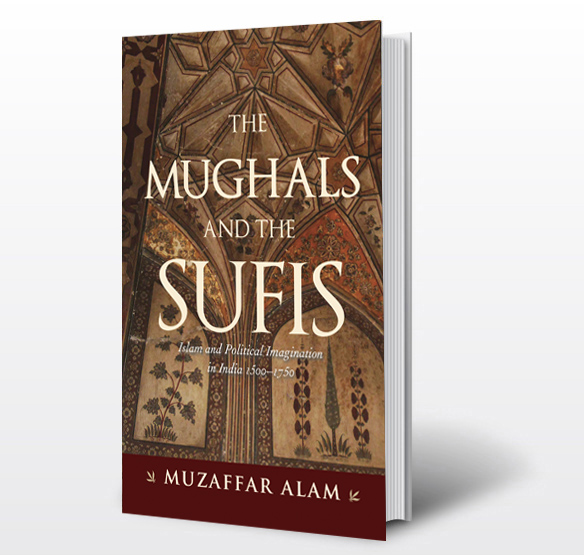 "In his new book, The Mughals and the Sufis – Islam and Political Imagination in India: 1500–1750, Alam once again breaks new ground, this time by harmonising two major domains of scholarship – Mughal History and Indian Islam – honed with painstaking care over a lifetime of study. What emerges is a highly nuanced and complex examination of the relationship between Mughal political culture and the two dominant strains of Islam’s Sufi traditions in South Asia: one centred around orthodoxy, the other focusing on a more inclusive and mystical spirituality" AVIK CHANDA,  Scroll

This book examines the complex evolution of relationships between the Mughal court and two dominant modes of Islamic mysticism in early-modern India: one centred around conservative orthodoxy, the other around a more accommodating and eclectic approach to spirituality.

Based on Persian texts, court chronicles, epistolary collections, and biographies of Sufi mystics, this book outlines and analyses Islamic religious and theological worldviews. It does so in order to show their influence on – and differences with – Mughal political culture and imagination.

The relationship between Mughal power and Islam’s Indian variants has long been oversimplified. The Mughals and the Sufis complicates and nuances the connections and disconnections between thrones and theocracies. Muzaffar Alam’s penetrating reflections reveal an intricate and intimate picture of the calculated strategies of mystics and rulers, their negotiations, conflicts, and reconciliations. They show also a shifting terrain – from the relatively liberal outlook of Akbar (r. 1556–1605) to the greater rigidities of Aurangzeb (r. 1658–1707).

Offering yet more evidence of Professor Alam’s vast and sustained scholarship, this book provides possibly the most cogent and comprehensive modern account of Indian Islam under the Mughal Empire.

Cover: Interior of the Dara Ganj mosque, Allahabad. The mosque was built by Dara Shukoh at the khanqah of one of his close friends, a noted Chishti Sabiri, Shaikh Muhibb-Allah of Allahabad. (Photograph courtesy Sohail Akbar)

MUZAFFAR ALAM is the George V. Bobrinskoy Professor in South Asian Languages and Civilizations at the University of Chicago. His several books include The Languages of Political Islam in India, c. 1200–1800 (Permanent Black and the University of Chicago Press, 2004); Writing the Mughal World: Studies in Political Culture (co-authored with Sanjay Subrahmanyam; Permanent Black and Columbia University Press, 2011); and The Crisis of Empire in Mughal North India 1707–1748 (Oxford University Press, 1986).

This book was originated and edited here at Permanent Black, and we have sold rights for the world except South Asia to State University of New York Press (SUNY) which will publish it for North America and elsewhere.