Love and Laughter in Lockdown

ARITRA GHOSH, winner of the  Kosambi Memorial Book Prize 2021, awarded every year by Permanent Black, gives us a student's guide to surviving final year locked away from friends.

"I suppose the story of my experience of the pandemic year as a student is still a work in progress. Too early to pin down, as we say in history"

When I had to return home to Delhi for the mid-semester break around February-March last year, I had no idea that I would not be returning to the University for the whole year and more. By May, I was in disbelief and denial. Maybe that is why I chopped off my hair. It was a terrible decision.

By June, I was fuming and by August, I was considering how and who to bargain with so that the virus would simply cease to be. By September, my humour had begun to become like, you know, the kind of strange stuff you expect from tired adults. Clearly, that was because I had spent a significant amount of time around my parents. By December, as best as could be expected, I had come to terms with the fact that life would not be returning to its mundane normalcy anytime soon. What brought the realisation home was the fact that my sister and I had begun to speak in-sync.

To me, the past year has been quite amusing and interesting for a number of reasons. I used to be quite poor with technology. Even now, sometimes, I forget how to operate simple functions on my laptop such as, how to access and change the contacts lists on my email account. Or even as to how to automatically generate ‘contents’ on Microsoft Word. But at least I know these things now. If a year ago, someone had told me that I – of all people – would be able to use and rely on technology for my work, I would have humoured them with a wry, disbelieving smile. 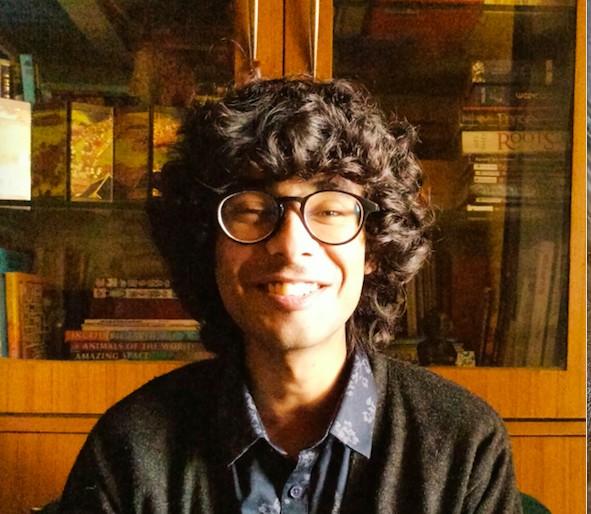 Then there is the fact that remaining cooped up with my work, music and books has given me a certain perspective I did not have before this moment. You start relating to what you work with and what you study more deeply. Perhaps it has something to do with the fact that the barriers between what is one’s student life, and what is one’s social and personal life have broken down in the past year.

And so, I must admit – if I had not taken the course on ‘Love and Laughter in Antiquity’ with Nayanjot Lahiri last year, I wouldn't have been able to feel amused about most things. I now realize that it is a very important skill in life – the ability to perceive dissonance and to find that humorous. I am supposed to be in University in this last year of my undergraduate degree, holding discussions, speaking and interacting with friends and peers in real life, and making the most of things. And yet here I am at home, doing my work from my bed. The irony of the situation is certainly not lost on me – and I do find it rib-ticklingly funny.

Then, there is the fact that last semester I took on six high-level courses, assuming that the extra time I now had on my hands would allow me to breeze through. I learnt quite a lot – mostly about the importance of perspectives and learning to work and re-work history. It was both rewarding and exhausting. In that sense, it has been the best of both worlds. For instance, I did my undergraduate thesis with Upinder Singh last semester, and I remember how on the day of the submission, Professor Singh had to actually ask me to stop my tiresome incessant revising and to let the thesis go. It really was an exacting task, but very fun as well.

Now that I am actually reflecting on the year that has gone by, I realise – perhaps belatedly – that we create and mould our own narratives in order to make sense of our experiences. We imagine that life has order and meaning and direction and accordingly, frame our bigger pictures. It seems like such an amazingly human thing to do. Viewed in that sense, at the moment, I suppose the story of my experience of the pandemic year as a student is still a work in progress. Too early to pin down, as we say in history. I have not begun to think of all that has happened in terms of a narrative. When I do, hopefully, it will be a good story. 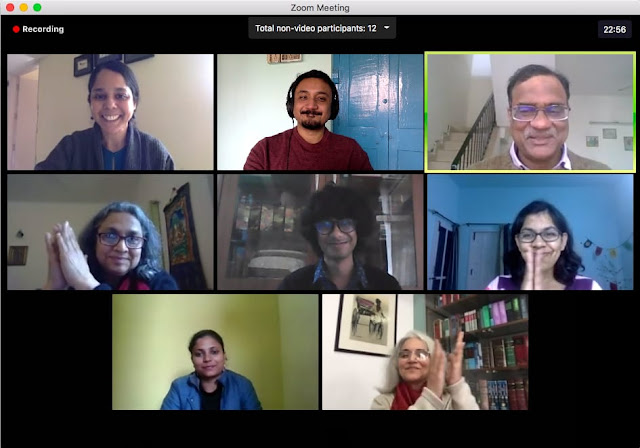