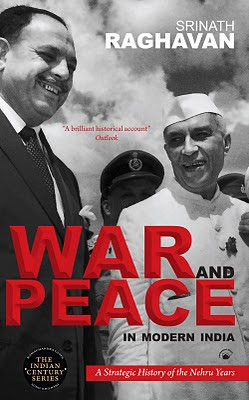 According to the historian Srinath Raghavan, “The ongoing stand-off between Indian and Chinese troops in Ladakh is a useful reminder of Faulkner's dictum that the “The past is never dead. It's not even past.” The current crisis practically sags under the weight of the gnarled history of the two countries' competing claims to this land without a people. And yet, bulk of the reportage and commentary on the unfolding situation is oblivious of the long shadow of the past - except to toss up such factoids as the Galwan Valley having been a "flashpoint" ahead of the war of 1962. There is no way of grasping what is at stake and interpreting the behaviour of all concerned without coming seriously to grips with the history of boundary dispute.”

Ten years ago, we published Srinath Raghavan’s War and Peace in Modern India. The book is a study of Jawaharlal Nehru's handling of a concatenation of international crises during his long years as prime minister of India. China and the boundary dispute loom large in this book - as they do in any retrospective on the Nehru years. The book offers a detailed account of India's policies towards the contested boundary with China, starting from the initial months after Independence through to the debacle of winter 1962. If you want a careful analysis of how and why the dispute in Ladakh is different from that in Arunachal Pradesh, or what the Chinese claims lines of 1956, 1960 and 1962 actually amounted to, you only need to reach for War and Peace in Modern India. 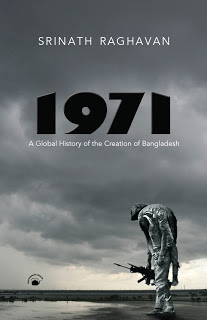 Raghavan's next book, which we published in 2013, is 1971: A Global History of the Creation of Bangladesh. India's relationship with China figures prominently in this book too. Indeed, the book's surprising account of China's role during this pivotal crisis is important not just to understand the long arc of the India-China relationship, but also to place it in a triangular geopolitical context involving the United States as well. In this instance, what's past may well be prologue.

Srinath Raghavan’s career path has been unusual. He is possibly the only Indian scholar of the first grade who has also been a second lieutenant. Born in 1977, he joined the Indian army after being at schools in Hyderabad, Kolkata, and Chennai. His bachelor’s degree was in physics from the University of Madras (1997). An infantry officer in the Rajputana Rifles, he decamped (metaphorically) in 2003 to do an MA, and then a PhD (2007) at the Department of War Studies, King’s College London. War and Peace in Modern India came out of the dissertation he wrote there. After being Lecturer in Defence Studies at King’s College London for three years he returned to India and was Senior Fellow at the Centre for Policy Research, New Delhi. He is now Professor of History and International Relations at Ashoka University and Visiting Senior Research Fellow at the King’s India Institute of King’s College London.