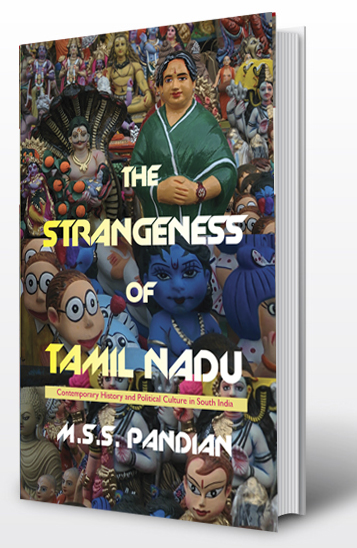 M.S.S. Pandian (1958–2014) was an eminent historian of South Indian politics, caste, culture, and cinema. His writings offer distinctively Tamil insights on these areas. In this book his chief focus is Tamil political culture for roughly thirty years since 1985. His success lies in bringing a historical understanding to bear on what he called “the strangeness of Tamil Nadu”.

A key figure in Pandian’s thinking was E.V. Ramasamy “Periyar”. Pandian argues that Periyar’s ideals and strategies long remained popular among Tamil progressives, but that their survival became difficult because of radical changes in pan-Indian political culture. To show these changes, this book is organised chronologically as well as along thematic sections that reflect the themes of Periyar’s Dravidian ideology: linguistic identity, state politics, religion, and caste.

Periyar’s ideas, Pandian argues, can still provide productive standards for critical analysis of politics in India. But because they are not widely known or appreciated outside Tamil Nadu, they represent the “strangeness” of Tamil politics instead of being adapted as progressive in the country as a whole.


"“The DMK–AIADMK era provides the political context for the writings collected in this book . . . Pandian had purposefully organised these short chapters chronologically, and in thematic sections that reflect fundamental subjects for Periyar’s Dravidian ideology: linguistic identity, state politics, religion, and caste.

Those themes embody a message that Pandian highlights in his Introduction: Periyar’s ideas still provide productive standards for critical analysis of political practice in India. The importance of this message reverberates through all his chapters, because Periyar’s ideas are not widely known, understood, or appreciated outside Tamil Nadu; and thus, they represent the “strangeness” of Tamil politics in India, rather than being sufficiently appreciated for their progressive potential in India as a whole. Dravidian ideals are anathema to the BJP Hindu nationalists who now rule in New Delhi and who cultivate popularity in most of India but yet remain uniquely (“strangely”) unpopular in
Tamil Nadu.

Periyar’s ideas are radically progressive but ignored by secular progressives in the Indian Left. His ideas have nevertheless been embraced by the downtrodden low castes, i.e. Dalits, all across India, who appreciate Periyar against all the odds . . . Most importantly, perhaps, Periyar’s ideas facilitate radical political thought and action focused on patriarchy and caste as multi-layered structures of inequity and power sustained by Brahmin authority and Hindu ritual.”

From the Introduction by Anandhi S. and David Ludden. 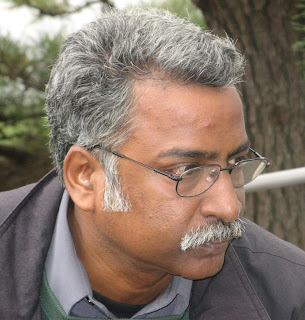 M.S.S. Pandian (1958–2014) was, at the time of his untimely demise, Professor, Department of Historical Studies, Jawaharlal Nehru University, New Delhi. He was co-editor of the twelfth volume of Subaltern Studies. His books include The Image Trap: M.G. Ramachandran in Films and Politics (1992), and Brahmin and Non-Brahmin: Genealogies of the Tamil Political Present (2006).