MEDIEVAL HINDUISM IN THE MODERN HIMALAYA 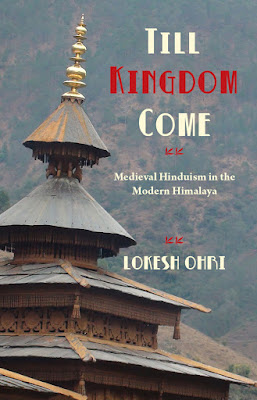 Hinduism, as is well known, has taken a multitude of shapes and forms. Some Hindu “little traditions” have remained obscure or under-studied to this day on account of their regional remoteness.

One such offshoot is the influential cult of Mahasu, which has existed since medieval times in a part of the western Himalaya. The deity at the core of the cult takes the form of four primary Mahasus with territorial influence, installed in various far-flung temples. Their geographical centre is the village of Hanol, and the larger territory is integrated to the Mahasu politico-religious system by a peripatetic deity with loyal followers across a considerable domain.

Mahasu remains influential in the region, its ritual practices having remained quite distinct despite social change. An anthropological survey was conducted in its terrain during British times, but Lokesh Ohri’s book is the first to offer a detailed framework, a fine-grained history, and an analytically nuanced understanding of one of the rarest branches of Hindu worship.

This book will seem invaluable to those seeking to understand the anthropology of religion and the diversity of Hindu belief and practice.

“A fascinating piece of work. I have learned a lot and feel honoured, almost initiated, to have had such a knowledgeable guide to the Mahasus, their realm and the devta ka kaam”
JOHN KEAY, author of The Great Arc

“A fascinating book about a fascinating topic. Mahasu Devta was — and in many respects still is — the most powerful local deity in the Western Himalayas. The history of his cult tells us a great deal about Himalayan culture and religion, about relations between Paharis, the colonial regime, and about how the hills have changed in the course of modernisation . . . Lokesh Ohri tells this story with verve and style”
WILLIAM S. SAX, author of Mountain Goddess 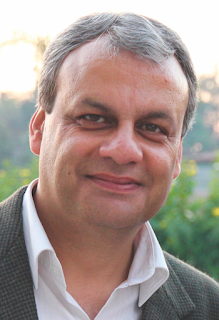 LOKESH OHRI is an anthropologist and activist who has worked for several years in the Himalaya. He was a doctoral fellow at the South Asia Institute, University of Heidelberg, Germany and has worked on political rituals, heritage and resource use in the mountains.
He is currently working on an extensive documentation of the river Ganges from source to mouth.


PAPERBACK/ RS 795/ FOR SALE IN SOUTH ASIA ONLY