All Crown, No Hollow


CHANCELLORS, IT SEEMS, ARE NOT BABUS EVERYWHERE.

some of them even write books.

NICHOLAS B. DIRKS, FAMOUS FOR HIS MONOGRAPH THE HOLLOW CROWN (1988), knows south india intimately because he spent several years there as a child and spoke tamil fluently.

he is now chancellor, university of california, berkeley.

he must have written this book (below) before he became the burra sahib.

in fact, perhaps he got the big babu's job because he wrote it . . .

Nicholas B. Dirks
Autobiography of an Archive:
A Scholar’s Passage to India 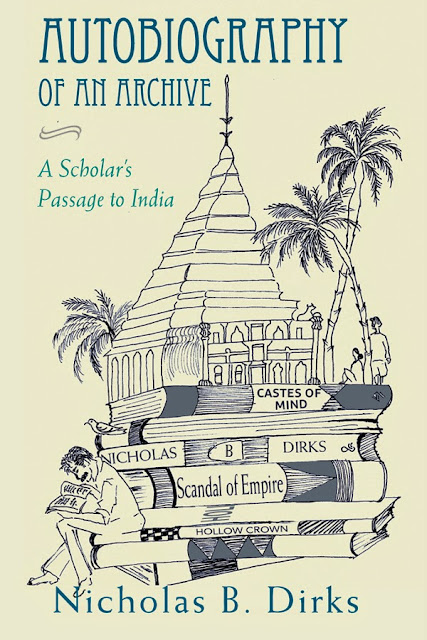 The decades between 1970 and the end of the twentieth century saw the disciplines of history and anthropology draw closer together, with historians paying more attention to social and cultural factors and the significance of everyday experience in the study of the past. The people, rather than elite actors, became the focus of their inquiry, and anthropological insights into agriculture, kinship, ritual, and folk customs enabled historians to develop richer and more representative narratives. The intersection of these two disciplines also helped scholars reframe the legacies of empire and the roots of colonial knowledge.

In this collection of essays and lectures, history’s turn from high politics and formal intellectual history toward ordinary lives and cultural rhythms is vividly reflected in a scholar's intellectual journey to India. Nicholas B. Dirks recounts his early study of kingship in India, the rise of the caste system, the emergence of English imperial interest in controlling markets and India's political regimes, and the development of a crisis in sovereignty that led to an extraordinary nationalist struggle.

He shares his personal encounters with archives that provided the sources and boundaries for research on these subjects, ultimately revealing the limits of colonial knowledge and single disciplinary perspectives. Drawing parallels to the way American universities balance the liberal arts and specialized research today, Dirks, who has occupied senior administrative positions and now leads the University of California at Berkeley, encourages scholars to continue to apply multiple approaches to their research and build a more global and ethical archive.

Nicholas B. Dirks is Chancellor, University of California, Berkeley, where he is also a professor of history and anthropology. An internationally renowned historian and anthropologist, he is known for his work on the history of kingship and the institution of caste in India, as well as for his writing on the British empire. His major works include The Hollow Crown: Ethnohistory of an Indian Kingdom; Castes of Mind: Colonialism and the Making of Modern India; and The Scandal of Empire: India and the Creation of Imperial Britain. He has edited several books, including Colonialism and Culture, Culture/Power/History: A Reader in Contemporary Social Theory, and In Near Ruins: Cultural Theory at the End of the Century.