SEX AND THE CITY 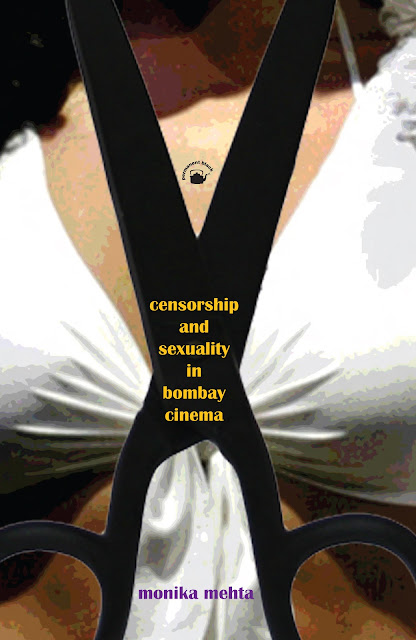 India produces an impressive number of films each year in a variety of languages. Here, Monika Mehta breaks new ground by analyzing Hindi films and exploring the censorship of gender and heterosexuality in Bombay cinema.
She studies how film censorship on various levels makes the female body and female sexuality pivotal in constructing national identity, not just through the films themselves but also through the heated debates that occur in newspapers and other periodicals. The standard claim is that the state dictates censorship and various prohibitions, but Mehta explores how relationships among the state, the film industry, and the public illuminate censorship’s role in identity formation, while also examining how desire, profits, and corruption are generated through the act of censoring.
Committed to extending a feminist critique of mass culture in the global south, Mehta situates the story of censorship in a broad social context and traces the intriguing ways in which the heated debates on sexuality in Bombay cinema actually produce the very forms of sexuality they claim to regulate. She imagines afresh the theoretical field of censorship by combining textual analysis, archival research, and qualitative fieldwork. Her analysis reveals how central concepts of film studies, such as stardom, spectacle, genre, and sound, are employed and (re)configured within the ambit of state censorship, thereby expanding the scope of their application and impact.
MONIKA MEHTA is Associate Professor of English at Binghamton University, SUNY. Her research and teaching interests include postcolonial literature and film; globalization, diaspora, and cultural production; gender and sexuality; cinema in South Asia; and the state and the entertainment industry.
Hardback / 318pp / Rs 750 /  ISBN 81-7824-345-8 / South Asia rights / 2012
Copublished with the University of Texas Press