The Ugliness of the Hindu Male and Other Propositions 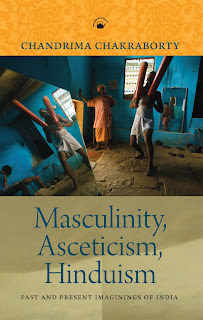 
This book analyses the links between religion, masculinity, and asceticism in Indian political and cultural history.

Through an examination of nationalist discourse in the writings of Bankimchandra Chattopadhyay, Rabindranath Tagore, Mahatma Gandhi, Raja Rao, V.D. Savarkar, M.S. Golwalkar, and many others, Chakraborty reveals how ideas about masculinity and Hindu asceticism came to be reworked for cultural and political purposes. Over the colonial period, Indian leaders and the literati were impelled to contest colonialist views of Hindu effeminacy. In the process, asceticism became a critical site for notions of masculinity.

Chakraborty also argues that the politics of the contemporary Hindu Right relies heavily on selective and manipulated images of Hindu asceticism and manliness, drawn from such writers in line with their political agenda. Inaccuracies and distortions within Hindu Right politics are shown up by careful analysis of the many different ways in which masculine asceticism was actually imagined and written about.

Ignoring disciplinary divisions, this book cuts through politics, history, cultural studies, and literary analysis to offer an excellent view of concepts such as aggression, effeminacy, manliness, spirituality, asceticism, and nationalist virtue as these have been configured and reconfigured over the past century and a half.