EVENT, METAMORPHOSIS, MEMORY: OPENING THE CURTAIN ON A MINORITY VIEW OF PARTITION 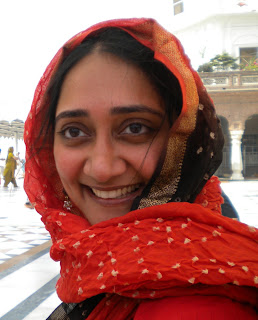 A short interview with Neeti Nair

Q: Partition history, like Holocaust history, is a terrain well trodden by some big-name Indian historians, and the archives on it have been considerably mined. What personal reasons and professional ambitions impelled you, a very young historian writing her PhD, to venture David-like among the Goliaths? And which historians/teachers (of Partition or otherwise) did you find most inspiring when setting about becoming a historian yourself?

A: My first seriously inspiring teachers were the Menon brothers—Siddhartha Menon in Rishi Valley School and Shivshankar Menon at St Stephen’s College. Both were able to communicate their love for history, for the unexpected and the complicated. They tended to be tentative in their conclusions, aware that history was open to several interpretations. At Tufts, where I did my MA and PhD, Sugata Bose taught a historiography seminar. I enjoyed his open approach to different schools of historiography and later appreciated his understated approach to publishing: “There is a difference between the thought process and the exposition.”

In my second year of the MA, Ayesha Jalal joined Tufts. She was intellectually rigorous, fiercely combative, provocative, and very different from anyone else I’d studied with. I was working on a seminar paper for her class on ‘Islam in South Asia’ when I became curious about how Punjabi Hindus negotiated their status as minorities in Muslim-majority Punjab. I looked at the secondary literature: there was nothing. I decided to work on it. I had just about decided I wanted to pursue a PhD and this topic began to have a life of its own. Initially I had intended it to be a social history around memories of Lahore, but the kind of material I encountered in the National Archives of India, Nehru Memorial Library, Delhi State Archives, and Punjab State Archives in Chandigarh and Patiala made it more political than social history. Yes, I saw some very illustrious names ahead of mine and it is an intimidating field. But it was simply old-fashioned curiosity that led me down this path, nothing as grand as ambition!

My most important mentor has been Jeanne Penvenne, a scholar of Southern Africa who introduced me to the world of oral history. From the late Gerald Gill, a scholar of African-American history, I learnt how a sensitive teacher might handle heated discussions among students. Finally, Amitav Ghosh allowed me to audit his seminar on narrative writing at Harvard. I’ve never seen a scholar listen as carefully and humbly to his students’ ideas.

Q: From the fact that Partition happened, historians often work their way backwards to show why what happened was more or less inevitable. Would it be true to say that by contrast the central argument of your book, by focusing on a relatively neglected minority—namely, the Hindu Punjabi elites—is that the ‘inevitability’ argument on Partition is part teleology, part myth, and part selective history?

Q: In your Introduction you outline a counterfactual: “Although written in a chronological vein, my narrative treats [the] less-known ... Only such a narrative can reveal how close Indians were to achieving a negotiated political settlement that would preserve a united India, on the eve of Partition.” And in fact among the many fine things in your history of Partition is an ability to explore events and personalities that have been forgotten or seen as marginal, such as the Kohat riot, the pendulum swings in the career of Lajpat Rai, and what might be called Shraddhanand’s “pseudo-secularism”. Would you say therefore that your work also sets out to rewrite the history of presentday Hindu nationalism?

A: Oh dear! I’d never use the word “pseudo-secular” to describe Shraddhanand (earlier Munshi Ram). You know, it is hard to write with certainty about ourselves, leave alone the dead. But I do believe the brand of communal love, loyalty, and suspicion articulated by a Shraddhanand is very, very different from the kind of unmitigated nonsense spouted by so-called intellectuals of the Hindu Right today. Also, the word “pseudo-secular” has grown out of a very late-twentieth-century context and it would be unfair to impose it on an early-twentieth-century figure, a little like using the word “secular” to describe good old Akbar!

Hindu nationalism has a history, to be sure. I argue that some of its strongest proponents came from regions where Hindus were the minority, not the majority. Consider Bhai Parmanand’s views before the Round Table Conferences. Here was a man articulating the ‘two-nation theory’, in speech and pamphlet, eleven years before the Lahore Resolution of 1940.

And I would add Bhagat Singh to your question. I reinterpret the actions of Bhagat Singh, apart from rereading very closely some of the writings of Lajpat Rai, Shraddhanand, and other key actors in the 1940s.

Q: Apart from working as a historian digging material out of the archives, the richness of your book lies in your complementary work as an anthropologist interviewing a “tribe” (the Punjabi Hindus) and collecting/collating its memory before the tribe dies out altogether. Were there any specifically anthropological frameworks and paradigms that you found useful in framing your narrative? Or do you see your work more specifically as political history?

A: I tried very hard to listen before drawing any conclusions. The “tribe” is internally very differentiated, more than I had anticipated, and some of the richness you allude to comes from the internal diversity that I was fortunate to capture in my interviews. This was easily the most fulfilling part of my research experience. I did take a course on oral history methods with Jeanne Penvenne where we read a lot of articles by anthropologists in Southern Africa. The course was crucial to alerting me to many of the pitfalls untrained quasi-academics and polemicists fall into, but I also had to think on my feet when I was all by myself in Delhi, and later Lahore.

Changing Homelands is a work of political history. However, although my interviews appear to be contained in the final chapter, in fact my interviewees’ questions spilt over the entire manuscript, forcing me to ask different questions of the materials I collected from official archives. The interviews also get their traction from the earlier part of the book; indeed I don’t believe they make sense unless read together with the rest of the book.


Q: Among the most emphatic assertions in your book is this: “I argue that Partition violence had little to do with religious fanaticism: it was, in essence, a tragic consequence of a breakdown in political negotiations that had been anticipated by British officers at the highest levels. Their failure to impose martial law and unwillingness to stay until proper powersharing arrangements were negotiated between the Congress and the League endows them with much of the responsibility for the hundreds of thousands of lives lost ...” This indictment of the wilfully negligent state as the “onlie begetter” of large-scale violence provides a kind of preview of Narendra Modi vis-à-vis Gujarat’s Muslims or Rajiv Gandhi vis-à-vis the Sikhs after his mother’s assassination. But surely there is a strong incitement to political correctness here in you as a secular historian? Surely communal hatreds cannot be stoked unless they also substantially pre-exist? How would you react to charges such as these, which are bound to be made against your book both by anti-secularists and ordinary ‘common sense’ viewholders, Hindu, Sikh, and Muslim?

A: Did centuries of anti-Semitism render the Holocaust inevitable? The state always has much to answer for, here or there.

There is a world of difference between everyday communal prejudice, communal jealousy, and rivalries on the one hand, and hatred that translates into murder on the other. I would urge my would-be critics to read the subsection on the Punjab Boundary Force in chapter five and reflect on the statements made by eyewitnesses such as Justice G.D. Khosla, Emmet Alter, and Saadat Hasan Manto.


Q: What do you enjoy reading other than academic work? Could you name five or six non-academic books that have changed the way you think and feel?