WEALTH OF LEARNING ON HEALTH 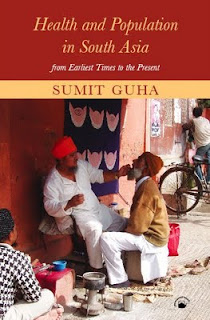 HEALTH AND POPULATION IN SOUTH ASIA

From Earliest Times to the Present

Over the past millennium old world populations and their new world colonies have expanded enormously. The history of human populations acquires a new interest in an epoch when human beings are aware of the burden they are placing on the ecosystem. Asia has long contained a major fraction of world population, and East and South Asia have accounted for most of that fraction. This book focuses on various aspects of the poulation of South Asia over the past twenty-five centuries.

An introduction highlights the book’s points of contact with the debates in the population history of Asia, Europe and the Americas. This leads into a major chapter on the population of South Asia from 200 BC to 1900 AD. This offers an unprecedentedly long time-series for South Asia, and it is likely to be the standard reference for some time to come. Its importance may be gauged by the fact that very few scholars have ever discussed the period before 1800 AD, and no one has produced an empirically defensible estimate for the population earlier than 1600.

The later chapters in the volume are more narrowly focused on specific aspects of the interaction between demography, climate, health, medicine and culture. One chapter examines the variation in household structures in western India over 200 years, another offers a novel explanation (climatic fluctutation) for unusual features of South Asian demography in the early modern era.

A rare document on vaccination is translated for the first time and used to illustrate the interaction of cultural codes and medical techniques. Immensely detailed data on military population before 1920 is used to generate important conclusions regarding the efficacy of knowledge and hygiene in improving health. The book includes a compact survey of the evolution of environmental hygiene in India through the twentieth century.