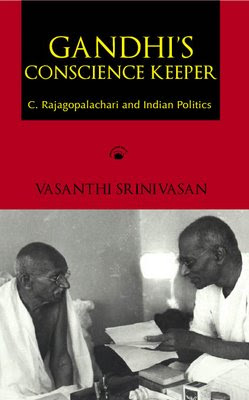 'Dr Srinivasan’s study is a tour-de-force, exhibiting all the signs of a mature thinker who is confident of her intellectual and spiritual bearings' Peter Emberley

Hailed by Mahatma Gandhi as his conscience keeper, Chakravarti Rajagopalachari (1878–1972; better known as Rajaji) epitomized the practical wisdom, religious tolerance, and statesmanship that Gandhi brought to the nationalist movement.

Vasanthi Srinivasan presents Rajaji’s vision as that of a theocentric liberal. Examining his political ideas and actions alongside his literary works, as well as in relation to statesmen-ideologues such as Nehru and Periyar, she shows how Rajaji steered clear of ideological dogma and charted an ethic of responsibility.

VASANTHI SRINIVASAN is a Reader in Political Science at the University of Hyderabad.