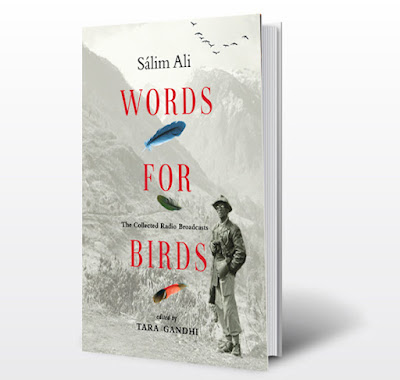 “Fifty years ago bird watching in India was nowhere as popular, or indeed respectable, as it has become today. In my younger days I would time and again fall in with persons who left me with a feeling, as they withdrew, that they were inwardly tapping a pitying finger on their foreheads. Their first glimpse of me very often was, it is true, of a distinctly shabby khaki-clad individual of the garage mechanic type, wandering leisurely and rather aimlessly about the countryside and surreptitiously peeping into bushes, and holes in tree-trunks and earth banks”

The ornithologist Sálim Ali has long been synonymous with the scholarship, appreciation, and conservation of Indian birdlife. It is not as well known that he was also the most engaging raconteur about birds. This aspect – the great ornithologist as enthralling storyteller – is most apparent in this, the first and only, collection of all his radio broadcasts.

The thirty-five talks that comprise this book were broadcast between 1941 and 1985 and show Sálim Ali’s exceptional skill as an oral communicator and bird propagandist. He describes the purpose of these radio transmissions: “The object of these talks is really to interest listeners, in the first instance for the healthy pleasure and satisfaction bird watching affords rather than for its intrinsic scientific possibilities.”

The talks cover many topics – bird habits, bird habitats, birds at risk – in an elegantly conversational and informative style. Birds, he tells us, have a crucial place in nature’s cyclic processes; they benefit agriculture; they contribute to the economy in ways we neither see nor fully understand.

While the speaker’s focus is largely on birds, it is also evident that he is interested in all forms of wildlife and contemporary conservation issues. Each talk reads like a short essay. The book does need not to be read sequentially from start to finish – the reader has merely to dip into it at random to be hugely educated and entertained.

Sálim Ali’s massive corpus includes the bestselling Book of Indian Birds and the monumental ten-volume Handbook of the Birds of India and Pakistan (co-authored with S. Dillon Ripley). The Birds of Kutch, Indian Hill Birds, Birds of Kerala, The Birds of Sikkim, and The Fall of a Sparrow, his autobiography, are some of his other well-known books. 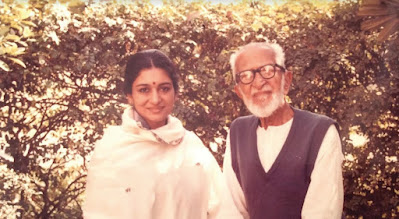 Tara Gandhi was guided by Sálim Ali for her MSc in field ornithology. She works for biodiversity conservation and conducts surveys to document birds and other wildlife in India. Apart from scientific and popular articles on nature and ecology, she has written several books, the latest of which is Birds, Wild Animals and Agriculture: Conflict and Coexistence in India. She is also the editor of A Bird’s Eye View: The Collected Essays and Shorter Writings of Sálim Ali (2 volumes, Permanent Black, 2007).