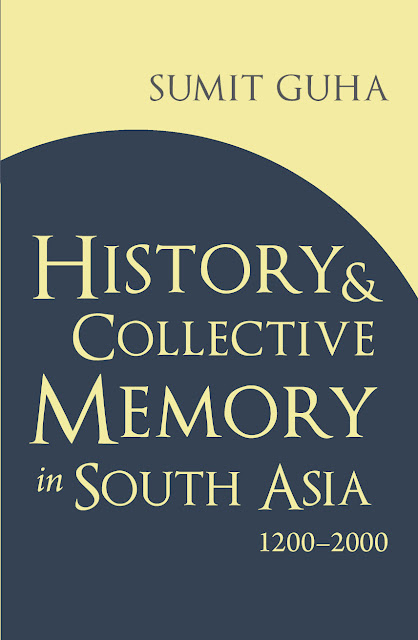 BUY THE BOOK
“Much of this rich and exciting material has not been discussed in published form before. The subject of how South Asians have constructed the past has been an increasingly important one in the field; this book will become one of the most original and substantial contributions to this literature”
Douglas E. Haynes
“Guha reminds us that the now-standard Western method of history writing, as practiced and taught in university departments, is of fairly recent vintage. This book should go well beyond the usual circles of South Asia specialists to general readers” Samira Sheikh
“Not only does Guha possess a mastery of a staggering diversity of historical practices in South Asia, his analysis extends to a thoughtful discussion of (and argument about) the origins and development of European history writing” William R. Pinch
“Guha charts the rise of historical memory in South Asia in a way that moves past literary affect or philosophical predisposition, refusing to reduce his subject to a reconfiguration of Western historiography even while he traces parallels in colonial institutions. Instead, Guha engages everything from family lineages and modes of accounting, to grand memorial narratives of the rise and fall of dynasties, to give us a comprehensive study of how social memory, wedded to evidence-based reasoning, transformed into the historical arts of South Asia, and finally how history matters even now in a ‘post-truth’ age” Christian Novetzke
In this far-ranging and erudite exploration of the South Asian past, Sumit Guha discusses the shaping of social and historical memory in world-historical context.