Get the Smell Right by Rukun Advani

January 15, 2018
When the Bharatiya Janata Party came to power in 2014, the apprehension in academic publishers' minds that sales of liberal and Left books might suffer was offset by the assumption that the economy would flourish and keep them happy. Also, since no one in the new regime was likely to be interested in looking at anything written too long after the Vedas and the Golden Age of Sanskrit, there did not seem much cause for worry. In any case, the Congress had never failed to cave in when the crunch came to choosing between freedom of expression and mob violence, so the general situation seemed well described by the French cynicism of plus ça change, plus c'est la même chose.

But what did create chaos for publishers, as much as for everyone else, was demonetization. Once people decide against buying everything seen as inessential, roughly the first thing they stop buying in India is books. With sales plummeting, most publishers and booksellers in the business of selling general books had to look around for alternative earning methods. Some supplemented bookselling with renting out bookshop space for talks and events, some switched desperately to editorial and design services. My own attempt was to try and find out if translation rights could be sold abroad for some of the academic books I had published. The Chinese and the Japanese had bought rights for some of Partha Chatterjee's learned tomes. Why not try selling many more such to them as well as to the Europeans? In this effort I was not very successful, but my attempt did yield some quite interesting information about the whole business of publishing translations. 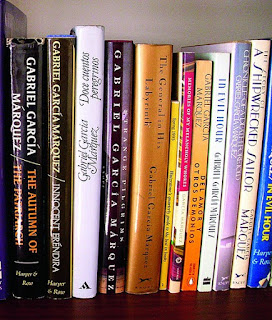 The key question to ask when trying to sell translation rights, I discovered, was: "What precisely is there within a book that will persuade a publisher abroad to buy translation rights?" Scholarly books, it became clear, do not travel unless the body of ideas they contain is quite path-breaking. Only four scholars that I'd published struck a chord in foreign presses, and the reason seemed to be that each of them was identified with one particular Grand Idea. Ranajit Guha was seen as Subaltern Studies. Partha Chatterjee was seen as Political Society (as against Civil Society). Ashis Nandy was known as the Intimate Enemy. And the historian, Sanjay Subrahmanyam, was connected with his notion of Connected Histories. The conclusion I came to was that in order to sell an academic author into a foreign language, the publisher needs to be able to show the buyer a Grand Idea couched within a simple mnemonic, such as Subaltern Studies, Political Society, Intimate Enemy, or Connected Histories. When no such short phrase is available, the possibilities dim.

When I put my key question to Christopher MacLehose - a friend famous for publishing world literature in English translation (Stieg Larsson's Millennium Trilogy being among his best-known acquisitions) - he answered in an intriguing way: "The answer to your question could be 'the smell of egg in a drop of blood falling from a kitchen ceiling'."

Read the rest here in The Telegraph