Unifying Hinduism: Statements from the Author and from the Publisher 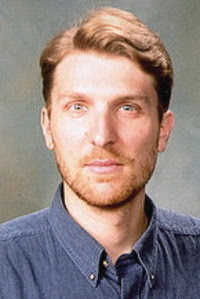 I am the author of Unifying Hinduism: Philosophy and Identity in Indian Intellectual History (Columbia University Press, 2010, and Permanent Black, 2011), a work that was extensively plagiarised in Rajiv Malhotra’s Indra’s Net. I had planned to stay silent, as I usually avoid comment on heated, politicised issues such as this.

However, when Rajiv Malhotra described me as an “ally” of his on his Twitter feed, I knew that the time had come to speak out to clarify the differences between his views and my own. As upset as I am about his plagiarism of my work, I am even more upset about his distortions.

One of the more puzzling aspects of this whole affair is that Malhotra praises my work effusively while vilifying the work of my mentor and dissertation supervisor, Sheldon Pollock. Pollock is literally the first person I thank in the acknowledgements of Unifying Hinduism, and knowledgeable readers will see that it is chock-full of

Ironically, some of these ideas are the very same ones that Malhotra quotes and praises in his book! I am enormously fortunate and proud to have had one of the world’s preeminent scholars of Indian intellectual history as my supervisor at the University of Chicago.

Rajiv Malhotra does not know Sanskrit, so he has to rely on others who do in order to amass the raw materials he needs for his books.

But he twists the words and arguments of respectable scholars to suit his own ends. He has used my work and the work of the great historian of philosophy Wilhelm Halbfass in such a parasitic way.

It is likely that a careful reading of his books will uncover plagiarised and distorted passages from other scholars as well. Harper Collins should take this into consideration and thoroughly check the book for other instances of plagiarism before it reissues Indra’s Net.

Regarding the substantive mistakes Rajiv Malhotra makes, it is hard to know where to begin, as there are so many. Here I will briefly describe one. Malhotra seems to have missed the part of my book where I say that “‘Unifying Hinduism’ is a process, not an entity,” and then go on to describe the unresolved conflict between Bhedabheda and Advaita Vedanta visions of that unity (p. 202). Malhotra ignores this distinction, as can be seen in his plagiarism of a part of page 14 of my book.

There he steals my words but replaces the name “Vijnanabhikshu” (a 16th century Bhedabhedavadin) with “Vivekananda” (a 19th century Advaitin), as if they were interchangeable. Vijnanabhikshu actually considered Advaita Vedanta to be a perverse Buddhist interpretation of the Vedas. Had they lived at the same time, these two philosophers would have been adversaries, and indeed Vijnanabhikshu would not have even considered Vivekananda a Vedic (vaidika) thinker. Malhotra elides such differences, as his project in Indra’s Net is to homogenise and de-historicise Hindu philosophy.

On page 201 of my book, I actually predict that my words will be taken out of context to support a Hindutva agenda.

Sadly, this prediction has come true. Malhotra even has the gall to suggest that he has not plagiarised my work but rather that he uses my words, often without proper attribution or quotation marks, to “add value” to them.

I invite open-minded people to read the concluding chapter in Unifying Hinduism and compare it to Malhotra’s conclusions in Indra’s Net. Then they can decide for themselves whether he is improving upon my work or merely distorting and dumbing it down to fit his own Hindutva worldview. 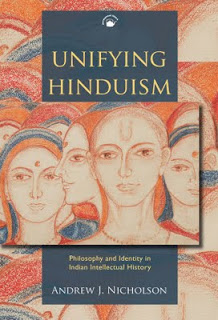 The South Asia edition of Andrew J. Nicholson’s Unifying Hinduism, published in 2011 by Permanent Black and distributed by Orient BlackSwan, very quickly attracted attention in the form of complimentary reviews as well as responses, both favourable and hostile, to our blogpost on the book. Scholars and serious readers recognized it as an unusually thought-provoking and thoroughly researched monograph on the history of Hindu philosophical ideas in the late medieval period. The book has circulated very well and we are honoured to be its South Asian publisher.

The usual trajectory of such a book in the world of scholarship is for it to become the focus of academic exchange, debate, and critique, and for its ideas and arguments to percolate through readers and teachers to students in colleges and universities. Naturally, therefore, it is deeply disturbing for us, as a publisher of the finest international scholarship on South Asia, to find that Unifying Hinduism has been used unethically by Rajiv Malhotra in Indra’s Net (HarperCollins), the nature and varieties of misuse having been exposed in the media. Such exposure is currently the best available redressal mechanism in our context, and Professor Nicholson’s statement, which we endorse, provides weight and specificity to the charges against Rajiv Malhotra.

As for HarperCollins, their willingness to rectify future editions of Rajiv Malhotra’s book would be welcome were it not for the fact that there may be nothing left for them to put in a “corrected” edition: much of the book has been shown up as a patchwork of other people’s work minus attribution. This is usually defined as plagiarism.

Read this where is was first published, at Scroll.in