METHOD IN HIS MADNESS: HOW TOM TRAUTMANN ROPED IN ELEPHANTS TO SHOW US THE ENVIRONMENTAL HISTORY OF THE ANCIENT WORLD 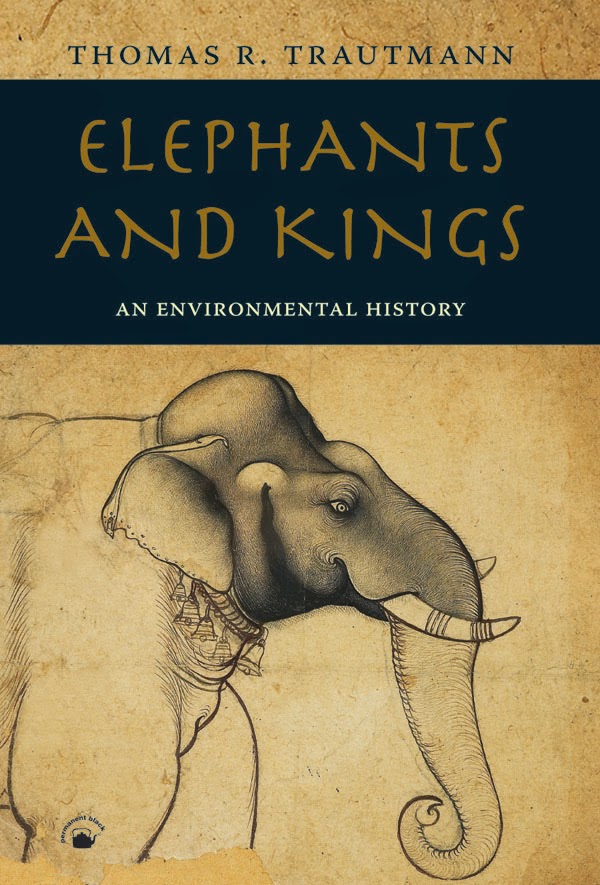 Elephants and Kings: An Environmental History

Because of their size, elephants have long been irresistible for kings as symbols of eminence. In early civilizations—such as Egypt, Mesopotamia, the Indus civilization, and China—elephants were used for royal sacrifice, spectacular hunts, public displays, and their ivory—all aspects driving them toward extinction. The kings of India, however, Thomas Trautmann shows, found a use for elephants that actually helped preserve their habitat and numbers in the wild: war.

This book traces the history of the war elephant in India and its spread as an institution from there to the West, where elephants featured within some of the greatest wars of antiquity. Southeast Asia and China are also examined for comparison and contrast within this environmental history spanning 3000 years and covering a vast terrain, from Spain to Java.

Trautmann shows Indian kings capturing wild elephants and training them, one by one, through millennia. He reveals the political compulsions requiring the protection of elephants from hunters and their forests from being cut down. Taking a wide-angle view of human–elephant relations, he throws into relief the structure of India’s environmental history and the reasons for the persistence of wild elephants in its forests.

Written with uncommon flair and elegance, this is a monumental work of environmental history using Indian antiquity as its entry point. It will interest lay readers, historians, and environmentalists.

Thomas R. Trautmann is Emeritus Professor of the University of Michigan, where he taught the history of ancient India and the anthropology of kinship.  Some of his books are Dravidian kinship (1981), Aryans and British India (1997), The Aryan debate (2005), Languages and nations: the Dravidian proof in colonial Madras (2006), The clash of chronologies: ancient India in the modern world (2009), India: brief history of a civilization (2011) and Arthashastra: the science of wealth (2012).

THE MAKING OF THIS BOOK IS DISCUSSED IN THE KOLKATA TELEGRAPH:
http://www.telegraphindia.com/1150430/jsp/opinion/story_17348.jsp#.VU-GwGaR9M0