A WORLD APART FROM 'SUBALTERN STUDIES' 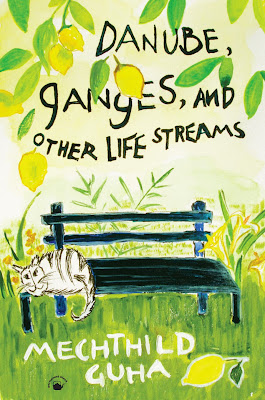 Danube, Ganges,
and Other Life Streams

Mechthild Guha, née Jungwirth, was born in 1943 in Germany and grew up in Austria. After a PhD in anthropology at Vienna she journeyed to Sussex for postdoctoral research. England was meant to be a staging point for her return to West Africa, where she had spent several months, and about which she published a book—on the history of Benin. Meeting Ranajit Guha at the University of Sussex changed all her plans. They married, lived for a time in England, then moved to Delhi, and then went to Canberra. Now retired, they live close to the Vienna woods.

Of this short but deeply thoughtful memoir Mechthild Guha says: “It had never occurred to me that it would be possible to pack the memory of seventy years into a few pages. Nevertheless, out of an eventful and varied life, I have tried to select those aspects which not only speak of me but also the many people and places that make up my memories.”

A lover of nature, cats, and solitude, Mechthild Guha’s sensitivity, humanity, and curiosity also make her an insightful observer. Among the many fine things about her account is her refusal to defer to reputation: in her observations and assessments there is always the assumption that social status is irrelevant, and she relates well only to those she likes as human beings.

Best of all, she does not offer a fresh perspective on Subaltern Studies, but merely a superb counterpoint to it.