THE FOUNTAINHEAD OF THE SUBALTERN MOVEMENT 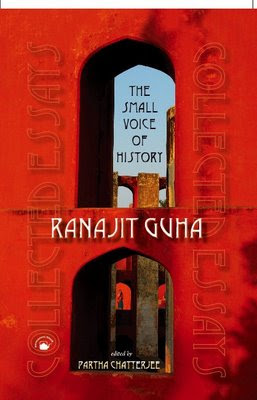 RANAJIT GUHA
The Small Voice of History
Collected Essays
Edited and with an Introduction by
PARTHA CHATTERJEE
At A CEREMONY IN HONOUR OF RANAJIT GUHA ON 2 MAY 2009 IN KOLKATA, THE GREAT MAN WAS PRESENTED THE FIRST COPY OF HIS BOOK BY PARTHA CHATTERJEE. LATER, RG AUTOGRAPHED NEARLY 50 COPIES FOR BUYERS IN THE AUDIENCE

Ranajit Guha is arguably the Indian historian whose writings have had a massive and formative impact on contemporary scholarship in several disciplines throughout the world: on postcolonial studies in literature, in anthropology, in history, in cultural studies, in art history.

Guha first became known as the practitioner of a critical Marxism that ran parallel to the work of British and French Marxist historians of the 1960s and 1970s but which, instead of re-creating a ‘history from below’, sought active political engagement with the present by deploying insights drawn from Gramsci and Mao. More recently, Guha’s writings have drawn attention to the phenomenological and the everyday, and been noticed for their sustained critique of the disciplinary practices of history-writing.

Guha’s reputation rests most famously on his international role as founder and guiding spirit of Subaltern Studies, the series of essays and monographs that have, over the past three decades, critiqued colonialist and nationalist historiographies. While spawning new ways of thinking about history in Europe, Latin America, and the USA, these have created a ferment richer than anything else emerging out of modern South Asia, even as they have unsettled many existing frameworks of thought.

Guha’s fascinatingly diverse historical and political writings, dating from the 1950s and tucked away in obscure journals and collections, have been virtually inaccessible: they are brought together for the first time in th 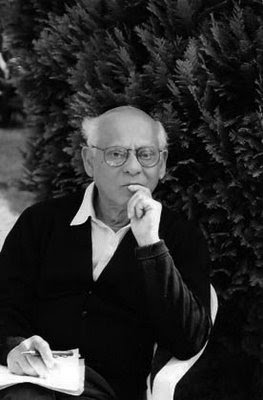 e present volume, which comprises his Collected Essays in English, forty-four in number.

These writings have been put together by Partha Chatterjee, whose long association with Guha as a founder-member of the Subaltern Studies editorial board is complemented by his own international stature as a historian, political theorist, and public intellectual. Chatterjee’s Introduction sketches the professional life and intellectual trajectory of India’s most profoundly influential modern historian.

Every serious student of South Asian history, politics, and anthropology will be enriched by the astonishing diversity of insights and learning within this book.

RANAJIT GUHA, renowned as the founding father of Subaltern Studies, is the author of several pathbreaking works, including A Rule of Property for Bengal (1963), Elementary Aspects of Peasant Insurgency in Colonial India (1983), and Dominance without Hegemony: History and Power in Colonial India (1997).

PARTHA CHATTERJEE’s many influential books include Nationalist Thought and the Colonial World: A Derivative Discourse? (1986), The Nation and Its Fragments: Colonial and Postcolonial Histories (1993), and A Princely Impostor: The Kumar of Bhawal and the Secret History of Indian Nationalism (2002; arguably the most readable and thrilling book ever written by any historian of India).