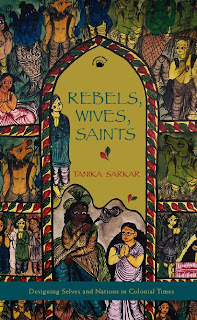 Tanika Sarkar’s writings on women, religion, and nationhood in the context of colonial Bengal have been pathbreaking. In this book, she again deploys to great effect her trademark focus on the small, the specific, and the emotive defining moment in history to arrive at larger, compelling pictures which show us how people actually felt and experienced life in that period.

The colonial universe outlined in this book centres around woman as both defiled and deified (woman as widow, woman as goddess); the nation as woman-goddess within a country comprising plural traditions; male reformers battling Hindu conservatives; a Hindu novelist idealizing nationalism as the demolition of Muslim symbols; male-dominant social norms threatening principles of softness and femininity; theatre and censorship; and the sometimes contrasting worldviews of Bankim and Rabindranath.

This accessible and enthralling book will consolidate Tanika Sarkar’s international reputation as one of India’s finest historians.

TANIKA SARKAR is the author of Hindu Wife, Hindu Nation (Permanent Black paperback, 2001). She has co-edited (with Sumit Sarkar) Women and Social Reform in Modern India (Permanent Black, 2008). She is currently professor of history at JNU, New Delhi, and has taught at the University of Chicago as well as at several campuses in the USA and Europe.